Who Was Cesar Chavez? 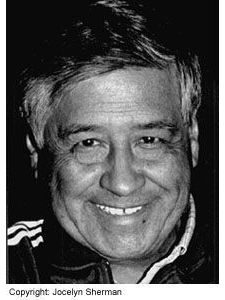 Cesar Chavez, 1927-1933, was a Mexican-American famous for his role as a union leader, labor organizer and Latin-American civil rights activist. In 1962, he found the National Farm Worker Association. After a successful strike with the Agricultural Workers Organizing Committee against California grape growers, the two unions merged to form the United Farm Workers. Chavez believed in peaceful protests and nonviolent methods to influence change such as boycotts, marches, and hunger strikes. Through his efforts, he was able to improve conditions for farm workers in California, Texas, Arizona and Florida (despite friction with the famous Teamster union).

Chavez was born in Yuma, Arizona to immigrant parents but moved to California with his family in 1939. With this family, he traveled up and down the coast working in fields under terrible conditions such as delipidates migrant camps, corrupt labor contractors, poor wages for hard labor as well as racism. He became active in other labor organizations but resigned to focus on developing his own labor union for farm workers. In September 1965, when the National Farm Worker Association joined a strike initiated by Filipino farm workers in Delano’s grape fields, Chavez became a household name. He organized a march on Sacremento in 1966 and brought the harsh conditions of the farm worker into the limelight.

He was also noted for his hunger fasts that he used to prove that non-violent protects can be effective. He organized a huge fast in 1988 to protect the suffering for farm workers and their children, ignorance of farm workers rights and the use of pesticides. Chavez fasted for 36 days, Reverend Jesse Jackson started where Chavez left fasting for an additional three days. The fast was passed to other religious and celebrity figures including Martin Sheen, Emilio Estevez, Whoopi Goldberg, Kerry Kennedy, Carly Simon and Danny Glover.

Comments Off on Who Was Cesar Chavez?