What Is The NAACP? 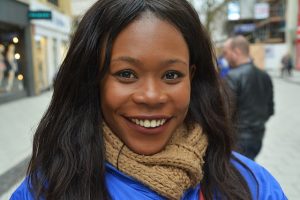 In this article, we will cover what the NAACP is and what this means for the people it supports. The NAACP was created to ensure that colored people could be treated fairly. It is centered around educating people and abolishing discrimination. The civil rights movement was highly influenced by the NAACP. They operate under the belief that African-Americans deserve equal rights in politics, education, and other areas where there was once (and still some) racial discrimination. During the time of the civil rights movement, colored people suffered many injustices such as police brutality, segregation, and much more.

The formation of this organization took place during the year of 1909. This was one year after the race riot in Springfield, Illinois. The date the organization was officially established was designed to coincide with the 100th year anniversary of the birth of President Abraham Lincoln. On May 30th, 1909 the Niagara Movement conference took place. They organized over 40 individuals that began to identify as the National Negro Committee. The NAACP was then, and is still now, the largest organization for the equality of all people.

During the early years of the NAACP, they were based in the state of New York. They also worked very hard in the south as well due to the fact that Jim Crow Laws and other disenfranchisement was in place to make discrimination more prominent. Jim Crow was a statue that allowed the law to discriminate against black individuals legally, making it very hard to combat this type of oppression. The NAACP worked for decades to do away with lynching laws. The NAACP filed many civil suits that eventually led to the desegregation we now have today. As they began to become more organized with the lawsuits they filed and the movements they pushed for, they began to see more and more success.

The NAACP was responsible for the majority of the equality that we see today. The NAACP also has a long history of documents and legal action they had to take to reach the goals that they have successfully reached. Today, the NAACP has a youth education program to help young people understand how desegregation was achieved and this organization also has programs for young people to get involved in. They represent all types of oppression today such as gay rights, Jewish equality, and much more. Despite the criticism they still face as an organization they continue to move forward in reaching their goals.

Comments Off on What Is The NAACP?