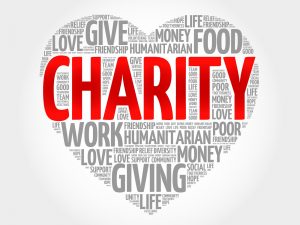 Hurricanes Harvey, Irma, and now Maria – which barreled through Puerto Rico recently – are the kinds of disasters that galvanize Americans f all political persuasions to pitch in with donations and support for various charities and non-profit organizations that provide help in the wake of such disasters which displace thousands or millions of people.

These people would be in a lot of trouble without these non-profits and charities because they can often provide what is needed much quicker and without all the bureaucratic red tape that a government agency would offer –and whose red tape may reduce the amount that the government may actually give.

However, they are not. Let us put it this way – all charities are non-profits, but not all non-profits are charities.

They can be used as synonyms in certain situations, but you would be wrong if you continually used the terms interchangably in general. While both have a primary mission of serving others and service to a community, how they are treated by taxing authorities and how they are usually run can be quite different. Here are a few of the key differences between them:

Still a little confused about how to tell the difference? Let’s look at some real-world examples of each:

This is not to say that you should only contribute or donate to a charity because it is inherently better than a non-profit. Although a non-profit is a considered a corporate entity, it does not have a profit motive, which makes it similar to a charity in that is is created to serve. Certain organizations are best operated as a non-profit rather than a charity, but they both have honorable and altruistic missions and motives.

And during hurricane season, those who have faced the wrath and survived will depend on both entities to get back on their feet and get back to normal life and thumb the nose at what evil hath wrought.