What You Need To Know About The Rodney King Riots 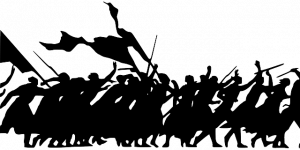 When the Los Angeles police savagely beat Rodney King, they had no idea that they were going to set off a huge chain of events that would lead to one of the worst riots in Los Angeles that was ever recorded. The Rodney King riots were dramatic and changed history forever.

Rodney King was badly beaten by three white policemen and the entire event was captured on camera by a witness where millions of people viewed what took place. Incredibly, the police officers were acquitted of brutally beating King and the anger erupted.

People could see this intense hatred the police had towards this unarmed black man in the beating and it was plain for everyone to see. He was beaten for over 15 minutes while a group of police just stood around and laughed and made comments. After the cops were acquitted, the riots started just three hours later.

Residents of the Rodney King’s Los Angeles community began to set fires, they looted stores, and destroyed them. Whites were yanked from their cars and beaten up in the streets. The neighborhoods that were looting already had serious problems with high unemployment rates and rampant drug use. There were lots of gangs and crime in the area.

Many of the residents did not like the police and this was the last straw for the community. The police force was abusive, racist, and cruel towards the community and they would stop anyone black, even if they weren’t doing anything. The riots go so bad that even Rodney King made an appeal for people to stop fighting, but nothing was working. Over 50 people died as a result of the riots and thousands of people were injured or arrested.

The Rodney King riots brought police brutality to the forefront and taught people about racial profiling and how the police treat the poorest in our society. The riots are something that is never going to be forgotten and they will live on in history forever.