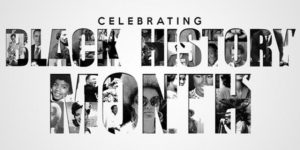 It’s February which means three things: Valentine’s Day, Presidents’ Day and the thing that we are the most excited about Black History Month. There have been amazing and life-altering activists that are important to understand and learn. People like Martin Luther King Jr, Harriet Tubman, Malcolm X, Rosa Parks, Frederick Douglas, just to name a few. But why is no one celebrating the black activists that are fighting for black rights currently?

NOTE: We are not using the term African American because not all black people are from Africa. We fight for the rights for anyone who has felt prejudice or racism for the color of their skin whether they come from Africa, the West Indes or other areas in the Caribbean.

We’ve put together this list of people who are attempting to make a difference in our country right now and who will one day hopefully be celebrated during Black History Month.

Putting his degree from Harvard Law School to good use, Stevenson founded and now serves as the executive director for the Equal Justice Initiative. He has many goals as a black activist but the most prominent being how the criminal justice system is biased towards the poor and minorities. Some of his accomplishments include handling court cases especially those who are faced with the death penalty and advocating for them. He also handles juvenile criminal cases (criminal cases for those under 18 years old) and advocates for them to not be given death penalty or life imprisonment without parole. The EJL’s goals include ending mass incarceration, excessive punishments and bringing to life the racial disparities in how the criminal courts treat minorities.

Back in 2010, Michelle released her book The New Jim Crow which also challenged the mass incarceration of the black community in the United States. She points out that even though the Jim Crow Laws (separate but equal) are no longer a thing, most of the black community lives their life behind bars stripped of their fundamental civil rights that the previous black activists we mentioned fought so hard for. Currently, she works for the ACLU and continues to shed light on how our criminal justice system is biased towards people of color.

Although she has been a black rights activist for over 20 years, she’s still going strong. Her current efforts are running the Black Women’s Roundtable which provides black women with knowledge, skills, and resources that they need to help face the social issues that are happening in their community. These rounds tables help break down public policy, provide leadership training and contact civic education to empower black women. During her spare time, she works with the National Coalition on Black Civic Participation to help young black voters registaer to vote as wel las encourage them and prevent voter surpression.

As you can see, black activism is still alive and present in our country today. So although Black History Month is important to show how far we’ve come, the reality of the situation is that we still have far to go in order to be fully equal.

Comments Off on Our Modern Day Black Activists