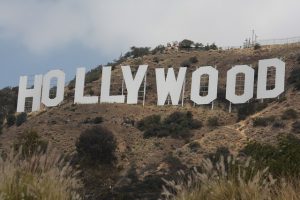 For decades, Hollywood has been a place where people go to chase their dreams and make it to the silver screen. Unfortunately, because people are so desperate to make it in Hollywood, there has been a creepy underbelly of Hollywood behavior preying on vulnerable actors, producers, writers, and everyone in between.

It seems like every day we are hearing stories about another powerful person in Hollywood abusing that power – from Kevin Spacey to George Takei to Louis C.K.; celebrities we once viewed as relatable and lovable are now finally showing their true colors. Thanks to the bravery of the people willing to come out, we are getting a better picture as to the huge issues present in Hollywood, and how we might be able to fix them going forward.

For the longest time, people in power were able to leverage situations like auditions and closed-door meetings to assault aspiring actors, models, and other Hollywood employees. Even prominent actors, and strong male actors like Terry Crews, were not immune to the receiving end of inappropriate actions from Hollywood executives.

Now that everyone’s story is public, we can create safer situations for people in Hollywood who are just trying to do their jobs. If we are able to get the offenders out of positions of power (and hopefully out of Hollywood altogether), and change the system so that offenders are penalized instead of protected, we can make Hollywood the dream work location that we currently envision it as.

As activists in Los Angeles, it is our job to help the rights of all of Los Angeles’ oppressed. Even if they work in the film industry, and even if they are rich and famous, we owe it to all victims of sexual harassment in Hollywood to change the industry in every way possible to keep more people safe. Let’s keep those in power accountable for their actions.

Comments Off on Hollywood’s Accountability Revolution