The History of the Triangle Shirtwaist Factory Fire 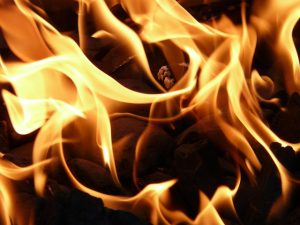 One of the worst fire catastrophes occurred at the Triangle Shirtwaist Factory. By the end of the incident, the fire had claimed the lives of 146 people. Many died from the flames or severe smoke inhalation but more died due to the shoddy conditions of the fire escapes or by jumping to the pavement some eight stories below to avoid the heat.

Most of the women who died that day were factory workers from the Italian Jewish Immigrant community. The oldest known victim was 43 and the youngest victims were 14.

The factory had been set up on the top three floors of a ten-story commercial building which would soon become a monument in the Greenish Village area in Manhattan. It was late in the afternoon on March 25th 1911, and many people were leaving work when the fire started on the eighth floor of the building. The Fire Marshall determined a burning cigarette or match to be the culprit in the fire.

The fire department was called immediately and the people in the building were beginning to evacuate when the flames quickly engulfed the building. When the elevators stopped working the panicking employees rushed to the only fire escape which was in poor conditions. It collapsed and carried 20 women to their deaths below.

The building owners had changed many of the escape routes shut, as was common practice to avoid theft and crime. Many people were trapped inside or jumped from the high windows to avoid a painful death in the flames.

Witnesses were horrified to see the many women jumping from the windows. When the fire brigade did arrive at the scene, their ladders were only tall enough to reach the seventh floor and they weren’t able to rescue many people. The Asch Building still stands today and is a tourist attraction in Manhattan.

The Triangle Shirtwaist Factory Fire was one of the worst catastrophes to hit the industrial age and was not quickly forgotten. Because of it, the fire department began to establish many new regulations regarding fire safety. The practice of chaining fire escapes shut was expressly forbidden.

The horrific death of so many young women was also crucial in establishing factory safety standards that would be enforced by the fire department. The International Ladies Garment Workers Union was also established which would fight for the rights and improved working conditions of workers.

Comments Off on The History of the Triangle Shirtwaist Factory Fire