Who Was Harvey Milk? A Quick Primer 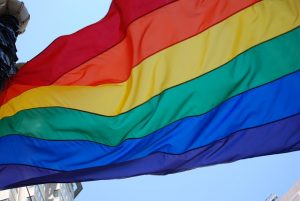 Where Was Milk’s Life Like?
Harvey Milk did not grow up in San Francisco, the city that made him famous. In fact, he is a native of Woodmere, New York. He was not a vocal advocate of liberal politics or gay rights in his early life. Quite the contrary, Milk lived a conservative, closeted life and spent time in the Navy until the campaign season of 1964. He befriended a theater director and eventually began to live a more open life. What once were secretive, quiet trysts became open relationships as his confidence and identity grew. As his experiences varied, Milk found his politics changing and he was vocal about them.
Milk bounced between the east and west coasts between 1969 and 1972. He eventually settled down to begin his camera business on Castro Street in 1972, and decided to run for Supervisor in 1973. Milk’s first bid was unsuccessful, but he proved scrappy in a fairly hostile political environment.
What Were Milk’s Views Like?
Harvey Milk ended up making alliances with the Teamsters and drove a community boycott of Coors products. The political alliance proved helpful, as this launched a gay-friendly hiring initiative among the Teamsters. Milk also befriended many small business owners he worked alongside daily on Castro street and elsewhere in the district. He showed the power of being backed by a law firm that fights for your rights, sought out progressive tax reform, affordable housing for low-income residents, and public resources for working mothers. Milk also aimed directly at anti-gay discrimination by writing a bill to ban discrimination in housing, employment, and public resource accommodations. This ordinance passed almost unanimous support in March of 1978 and was written into law.
What Happened To Harvey Milk?
Harvey Milk’s landmark anti-discrimination ordinance had exactly one opponent upon vote — co-Supervisor Dan White. White resigned in 1978, citing salary concerns. However, he was prodded by fellow conservatives to recover his resigned post to try and slow the growth of progressivism in the district. Upon unsuccessfully trying to convince Mayor Moscone to return his post to him, White snuck into the basement of City Hall with a revolver. He murdered Moscone after one last attempt to recover his public office post by force, and proceeded to murder Milk after.
What Was Harvey Milk Famous For?
Harvey Milk was one of the first openly gay men to hold public office in the United States. Milk’s career was exceptionally notable as he was elected to office at a time when the American psychiatric profession and the general public still considered homosexuality to be a mental illness. Milk’s life and career ended when he was murdered by a former co-officer on November 27th, 1978, after being blamed for increasingly progressive views in the San Francisco area they serviced. His remarkable achievements are still remembered by the gay community and public servants alike to this day.

Comments Off on Who Was Harvey Milk? A Quick Primer