Famous Black Women Activists You Should Know About 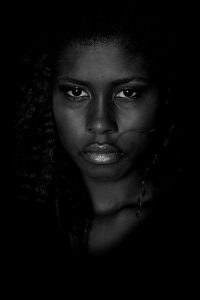 The civil rights movement is active in the United States and there are many women who are active in the movement. There are plenty of good people working hard to better the lives of black people and help them achieve economic independence and equality.

Though slavery has been over for more than 100 years, many blacks are still feeling the effects of slavery all these years later. Racism is alive and well, and even on the rise, and blacks have been kept down in many ways. They have been profiled by the police and denied opportunities right and left. Activists are busy trying to right the wrongs in society and many have lost their lives in the process.

Women have been active in the movement since the beginning. Angela Davis was heavily involved with the Black Panthers and is now a professor. Rosa Parks refused to move to the back of the bus. Modern activists like Kamala Harris are working within the political system to try to change things.

The modern civil rights movement is working to end segregation in the south and is pushing for a more equal public school system. The movement is trying to end violence in the community and make sure that children and adults have enough food and medical care. Poverty is a huge problem in many black communities and activists are trying to level the economic playing field through many types of programs.

The school system is a big mess as well, with poor students going to schools that do not have enough funding. Poor black kids are just not getting the education they need to keep up with the job market. Modern activists are starting programs that are helping to teach kids what they are going to need to know to go to college and get a job.

Black males have a higher incarceration rate than any other race. Civil rights activists are working to help release prisoners who have been wrongly convicted and help rehabilitate them when they get out so they can get jobs and not have to resort to crime.

The black community has many problems to overcome, but it is getting help from the male and female activists who want to help change things for the better. Civil rights are more important now than ever, especially in today’s hate-filled political climate.

Comments Off on Famous Black Women Activists You Should Know About