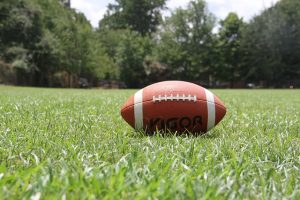 Colin Kaepernick has made a name for himself in the world of football and civil rights. This outspoken activist works hard for social change and shocked the world when he refused to stand during the national anthem before his football games.

His friends say that he had been thinking about civil rights issues his whole life. He is biracial and grew up in a predominantly white city. He had a talent for football at a young age, but the teams he played on were made up of mostly white players. He managed to blend in well, thanks to his friendly and outgoing personality and impressive talent for football.

Colin Kaepernick wants to make a difference and the civil rights platform is the right platform that can help him get his views across. People listen to him thanks to his fame as a football player. Children love him and he inspires them to be the best they can be no matter what type of circumstance they are living in.

Being black is hard, and being poor and black is harder, but Colin Kaepernick inspires needy children to rise up and do better for their community. He believes that blacks need to act more like brothers and help each other in the community instead of fighting and tearing each other down.

Colin Kaepernick believes in peaceful protest and feels that people can make a stand against racism without having to resort to violence. He is a deep thinker who is using his platform as a famous football player to help other people in whatever way that he can. He has started a Know Your Rights Camp in Chicago for disadvantaged youth and funds, attends, and organizes the camps on his own.

Colin Kaepernick has hosted these camps in multiple cities and the camp covers topics like history, legal rights, how to eat right and how to properly manage your finances. He hopes that his camp is going to raise awareness for the youth and that they will be more empowered.

Comments Off on Colin Kaepernick: Athlete And Activist