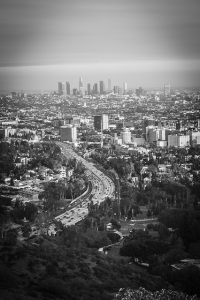 Los Angeles has always been a center of civil rights activism. From the Watts riots, to Rodney King, to Black Lives Matter, Los Angeles is a great place to be if you are interested in civil rights. Lost Angeles has a large black population and many black residents feel left out of the prosperity that they see all around them.

The Rodney King riots caused over a billion dollars worth of property damage and over 60 people were killed during the riots. The riots brought lots of positive changes to Los Angeles Police Department and the police made lots of reforms to the department. Civil rights leaders are working hard to bring change to Los Angeles and help people in disadvantaged communities rise up so they can move up the economic ladder.

There are plenty of legal programs that are designed to help incarcerated black youth challenge their legal issues and help them with rehabilitation when they get out of prison. Los Angeles has plenty of civil rights leaders that are helping their community in many ways.

Comments Off on Civil Rights Activism In Los Angeles