What is Civic Engagement? 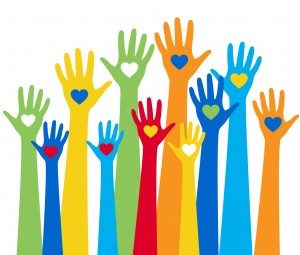 The definition of civic engagement remains a mystery to the vast majority of U.S. citizens, because most of us don’t participate in either the political processes that govern us (aside from sometimes voting, and even that could stand to use more bodies), or our communities. Civic engagement is the act of promoting the wellbeing of everyone we engage with inside of our communities. It’s the quest to discover and promote skills and learning that help us to make a real difference for the communities to which we belong.

Today, such a thing could not be more important. The problem is, if you’re a warrior for social change through civic engagement, you’ve probably already been labeled an evil socialist. Civic engagement is so much more than that, though. The philosophical issue of civic engagement revolves around the individual as part of a bigger machine. Each of us must do our part to ensure the proper working order of society as a whole so that the machine may work more efficiently. These advancements can take place in the realm of civil rights, or the engineering of better ways to live.

If you volunteer at the local soup kitchen, you’re civically engaged. Even a small sacrifice, like lending your neighbor a cup of sugar, is a small civic service that cannot be overlooked. For things to really change though, more of us must seek out ways to better our communities proactively. It doesn’t just happen by itself.

In order to enhance civic engagement, a community requires a forum for its members to discuss new ideas, and a means to quickly implement them as efficiently as possible. Some communities across the country have adopted community-funded projects somewhat like what you might expect from a kickstarter project. These paradigms are being used more frequently, and this has the power to change both our current economic system and the democracy we use to elect politicians to office.

The Internet was a key player in the progress of civic engagement over the past two decades. With the growth of online forums, people have been able to communicate across vast distances in the blink of an eye, and this has helped facilitate faster change on the local level. We learn about better ways of doing things on the other side of the world, and we can implement them here with somewhat less of a hassle.

Other more common forums for civic engagement include school boards, neighborhood associations, and local resource centers. If you aren’t aware that your community has any of these organizations, you might want to find out. You might be surprised the kind of change you can implement when people are allowed to hear new ideas or methods of enacting real change. Such a thing can’t happen on the national level before we get the ball rolling at the local level.

Comments Off on What is Civic Engagement?