The Worst Cases Of Commercial Animal Cruelty On Record

By now it shouldn’t come as any surprise that animals are subject to cruelty and abuse on an unimaginable scale when they are born into the same factory farms from which they won’t make it out alive. Much of this occurs by sadistic individuals because a blind eye is turned, but often it is just a part of daily life for animals that are raised for no other reason than to be transformed into food for us.

This is the reason why animal rights activists want to shed light into these backwater industrial farms and slaughterhouses. This is the reason why activists urge governments and scientists to quickly find a way to bring lab-grown meat into grocery stores around the country. The number of vegans has exploded by a crazy 600 percent in the United States from 2014 to 2018. Some are only in it for health reasons, of course, but many others do it to promote awareness of commercial animal cruelty.

Many of you will remember the JBS supplier footage that showed piglets slaughtered when one worker arced the piglets over his back in order to gain enough momentum to slam their skulls into the concrete ground. Footage of chicken factory farms in Brazil shed light on the living conditions that many animals are forced to endure. Many animal farms barely provide any space for movement at all. These animals live in the darkness without any room to exercise. Many of these farms operate in wholly unsanitary conditions.

Believe it or not, about 95 percent of the meat in your fridge comes from animals who lived and died under similar conditions. Almost the same percentage of Americans believe that these animals should be free to live in far different, more liberating conditions. What do our laws have to say about it? Sadly, not as much as most of us think they should. There’s a humane way to do things, and then there’s the way we actually do them.

Shockingly, few if any laws on the books will protect the animals that live in industrial farms. Instead, only methods of transport and slaughter are covered. Primarily, animals must be provided with rest and nourishment every 28 hours when transported across state lines on their way to slaughter (wow). In accordance with the law, many animals must be anesthetized before slaughter. Poultry is exempt. 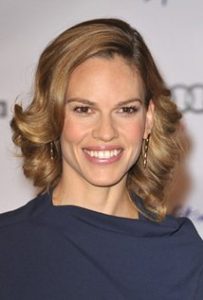 Rising to stardom at a relatively young age, Hilary Swank has become well-known for roles such as Julie Pierce in The Next Karate Kid and Maggie Fitzgerald in Million Dollar Baby. Her extended acting career dating back to 1991 (when she was only 17 years old) has garnered media attention the globe over into the 21st century. However, while she may be best known for her filmography, there are other aspects in her life to which she dedicates herself with equal fervor, one of the more prominent areas being toward the treatment of animals.

The most obvious place to start is the Hilaroo Foundation, founded by Swank and inspired by her relationship with a dog she found on set in South Africa. The pup that she later named Karoo (get it? Hilary + Karoo = Hilaroo) had been abandoned and, according to veterinarians that initially took care of her before traveling to the States with Swank, had determined she was riddled with worms and ticks, and she had even been doused with kerosene. Swank attributes her desire to start the Hilaroo Foundation to the dog’s ability to convey a wide variety of emotions in her that sparked a need to give those same emotions to others in need.

The Hilaroo Foundation, at its core, is to unite troubled or passed-over youths with abandoned animals in an effort to offer some emotional stability to each other. United through the program, the child and animal simultaneously undergo sessions of therapy, responsibility training and team-building activities that promote wellness for each other. There are even plans in the works to extend facilities and availability to those in need so they can participate in after-school programs and even stay for week-long summer camp sessions. The long-term goal of this program is to improve learning possibilities through children and rescuing abandoned dogs that might otherwise suffer the fate of kill shelters. With hopes to cycle children through to graduation and give them an opportunity after the fact and helping rescue dogs into permanent homes, the Hilaroo Foundation hopes to bring more children from difficult situations and more dogs from untimely fates into a loving and positive atmosphere that can extend deep into their later lives.

Apart from being active with her foundation, however, Swank also takes a more hands-on approach with rescuing animals. She has been known to foster puppies out of Louie’s Legacy, a program that relocates dogs and cats from shelters into temporary foster homes before they can be placed in forever homes. Swank had recently fostered two golden retriever pups named Mulder and Scully, with plans on keeping one of them and finding a good home for the other.

Swank is also known for her positions as a spokesperson on behalf of programs and companies with deep connections to animals and their well-being and legal practice management software. In 2009, Swank was also approached on being the spokeswoman for the Iam’s Home 4 the Holidays adoption campaign, a campaign in which she actively participated when she adopted a golden retriever mix named Rumi.

Comments Off on Hilary Swank and Animal Activism

How many of us were able to watch The Price is Right when we were younger? Back when Bob Barker hosted the popular daytime game show? Does anyone remember the quip he snuck in frequently right before the credits rolled?

“Bob Barker reminding you to help control the pet population.  Have your pets spayed or neutered.”

As it turns out, this wasn’t simply for the sake of screen time.  In 1979, at the age of 56, Bob Barker became a vegetarian and, a couple years later following the passing of his wife, became highly involved in animal activism. He credits her for getting him involved and notes that she was far ahead of her time in recognizing animal rights.

It was shortly after this time that he began ending segments of The Price is Right with his famous phrase, and it carried over – even covertly – into other events that he hosted. Barker had been a part of the Miss USA and Miss Universe pageants for a 20-year period before stepping down due to the pageant’s refusal to remove fur prizes from the program. The quiet rebellion and on-screen activism was only the beginning of Barker’s campaign to advocate for animal rights. Eventually, he would take a much more prominent, center-stage role.

While too old to contribute to animal activism in any particularly physical form, Barker has been known for dedicating millions of dollars toward various programs, even founding his own charity the DJ&T Foundation, in 1994 which sponsors animal rescue and park facilities across the United States as well as funds neutering programs to – as you guessed – help control the pet population. He had also spearheaded studies toward animal rights in 2004 by donating $1 million to Columbia University, which had gone toward funding an adjunct professorship in animal rights law as well as opening a student clinic in environmental law.

Barker eventually became more deeply involved at the base level, visiting various sites of suspected animal abuse, including a Cherokee reservation which maintained three separate zoos. Barker had alleged that one of the zoos maintained a poor living atmosphere for one of their bears and formally requested the exhibit be closed before involving PETA in an investigation of the site. While no wrongdoing was found on part of Federal investigators, it was clear that Barker was no longer taking a backseat with his work toward more humane animal rights.

2010 was a particularly eventful year for Bob Barker’s efforts, the same year that controversy arose involving Japanese whalers’ activities in the Southern Ocean, an area frequented by whale populations and prohibited for hunting by the International Whaling Commission. Barker had privately funded efforts in the amount of $5 million to accommodate a ship in the effort of intervening with the Japanese whaling fleet that was said to have operations there. In recognition of his contribution, the ship’s crew christened it MY Bob Barker.  Barker also funded a helicopter to be added to the fleet.

Barker was also known for a $2.5 million contribution to PETA toward building and renovating an office in the Los Angeles area, a project finally completed in 2012. The building officially opened under the name Bob Barker Building, an homage to his generous contributions.

Beyond these, Barker is known for his contributions toward various universities to fund animal law studies as well as his conservation efforts, from ceasing experimentation on cats to relocating circus lions, even to intervening at the state level to advocate against cruelty to pigeons in Pennsylvania. And while many remember him as the charismatic game show host of The Price is Right, many others in particular institutions know him for his unceasing efforts toward the ethical treatment of animals.

Comments Off on Bob Barker and Animal Activism

What Types Of Things Do Animal Activists Work For? 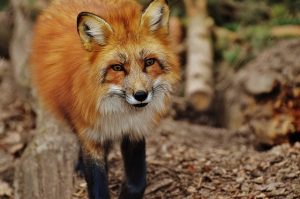 As the world spins ever deeper into the twenty-first century, a plethora of political issues remains unresolved from the last century. One issue that does not get much air time but is considered very important by millions of people across the globe is the issue of animal activism. Though most people consider animal activism unimportant, many people simply can not ignore the unnecessary suffering of animals, and indeed, animals regularly suffer from human activities across the globe.

But what is animal activism? At its core, animal activism is distinct from animal rights as animal activism is more about preventing suffering in animals than any kind of far fetched ideas of animals as sentient beings. However, animals can and do feel pain and few people with a conscience can really accept that animals absolutely must suffer. And it should be noted that even in the twenty-first century, animals are still put into intensely painful situations to further human needs as if it were still the days of Early Antiquity, making this a matter that has persisted for thousands of years.

Perhaps first and foremost is the abuses heaped on livestock. While many animal activists are vegetarians or even vegans, even people who openly enjoy meat and dairy will usually shudder at the conditions under which meat and dairy animals are treated, according to top animal activist law firms. These animals are kept almost totally still in cages, barely able to move and are generally fed more than they need but rarely anything that’s particularly healthy for them. These circumstances are created in massive factory farms that are nothing like the images of farms from days long by where animals grazed freely and were left in peace until their meat or dairy was needed. The real situation in most “farms” are pretty horrific and even people who are willing to eat meat find themselves pushing the agricultural industry to reform these disturbing practices.

In a similar vein, there are the disturbing conditions of many smaller, roadside zoos. Though reputable zoos create environs for animals to live relatively comfortably with a semblance of their natural habitat, there are far too many shadier zoos putting their animals in far worse conditions. These conditions call to mind the zoos of a century ago where animals lived horribly. Through loopholes in the law, many sketchy zoos are allowed to treat animals poorly. Animal activists seek to close these loopholes as soon as possible.

Comments Off on What Types Of Things Do Animal Activists Work For?