The Biggest Civil Rights Cases In The United States 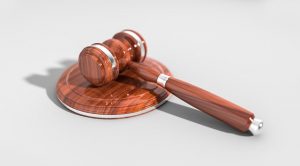 Many of the rights that we have today were won through the courts. A number of major civil rights gains happened because of court decisions. Below, you’ll find information on some of the biggest civil rights cases in the United States, which have had a lasting influence on every city in the country, from Palm Beach to Seattle.

Brown vs. The Board of Education

At the time, many schools in the United States were heavily segregated. Because of this decision, many students had to change schools. It was difficult for many students to attend the schools they were assigned to; in spite of the court’s decision, protestors fought back against black students attending traditionally white schools. However, civil rights workers worked to ensure that students were able to get the education that they were entitled to.

In the 1940s, it was difficult for many minorities to purchase or rent property. Many people were turned down when they put in an offer on a home or applied to rent an apartment. In 1948, the Shelley vs. Kraemer case declared that it was illegal to enforce covenants that kept people of a certain race from renting or owning property.

This effects of this decision were limited; the Heart of Atlanta Motel, Inc. vs. The United States case in 1964 argued that hotel owners should be able to choose their tenants. However, the court determined that hotels did not have the right to restrict guests based on race.

Interracial marriage was legal in parts of the United States for a long time. While interracial relationships still existed, a number of these relationships were conducted in secrecy.

Many people fought hard for the rights that we have today. Civil rights are something that a number of people take for granted. It’s important to familiarize yourself with some of the biggest civil rights cases in United States history. Looking at the decisions of the past can help us to fight for a better future.