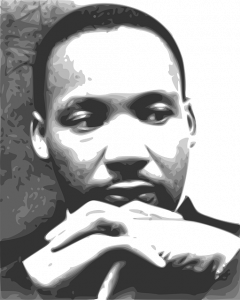 Most people can name at least one Martin Luther King Jr. quote. However, a lot of the man’s best quotes do not get the kind of recognition that they deserve. Read on to learn more about his most important speeches and statements.

After Martin Luther King Jr. was arrested for protesting in 1963, he spent time in a jail in Birmingham, Alabama. While he was there, he published an open letter that advocated for civil disobedience.

Today, the letter is considered to be one of Martin Luther King Jr’s most important works. The letter contains many of his most famous quotes, including “Injustice anywhere is a threat to justice everywhere” and King’s criticisms of the white moderates that failed to support his cause. The letter also contains praise for the nonviolent protestors that were fighting for civil rights in Birmingham despite the risk of imprisonment.

The “I Have A Dream Speech”

Martin Luther King Jr. gave a number of memorable speeches over the course of his life, but none are as memorable as the speech he delivered at the Lincoln Memorial in 1963. The speech was delivered 100 years after the Emancipation Proclamation freed millions of slaves. In his speech, King claimed that “the Negro still is not free.”

The best-known portion of the speech is the title; it’s rare to encounter a person in the United States that is unfamiliar with the “I have a dream” refrain. Today, this is considered to be one of the greatest speeches of all time.

In 1964, King became the youngest man ever to win the Nobel Peace Prize. He was only 35 when the award was bestowed upon him. King chose to donate the entirety of his prize to the Civil Rights movement.

Although Martin Luther King Jr.’s life was tragically cut short, his words had an incredible impact on the world today. His influence can still be felt in cities all across the United States, from Philadelphia, to Houston, to Oakland.  Because of the speeches King made, many people were able to gain rights they did not have previously. When you look at his best quotes, you can see why he was such an important figure in the Civil Rights movement.

Comments Off on The Best Quotes Of Martin Luther King Jr.