All About Lucretia Mott 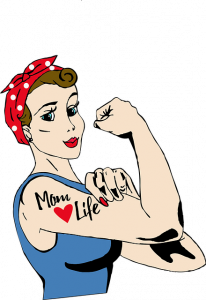 In this article, we will discuss the life of the woman named Lucretia Mott. Born in the year of 1793, Lucretia was an American Quaker, as well as a women’s rights activist and abolitionist.

Born Lucretia Coffin in Nantucket, Massachusetts, Lucretia was believed (as did the majority of Quakers) that slavery was evil. Because of this belief, she abstained from items that were produced by slaves. In the year of 1821, Lucretia Mott became a Quaker minister, and in her sermons, she frequently mentioned her belief in abolishing slavery. In fact, the American Anti-Slavery Society was formed in part by herself and her husband, James Mott.

Lucretia Mott was known for budgeting for her household in such a way that hospitality could be extended to guests that included fugitive slaves. As an active abolitionist, she and other activists that were female would raise funding and awareness through the use of anti-slavery fairs.

Not only did Lucretia Mott fight for the rights of enslaved individuals, she fought for the rights of women. The activists for women’s rights that included herself advocated a plethora of issues such as women’s rights to their earnings, their property, and even their rights toward equality in the marriage arrangement. During the time that Lucretia Mott lived in, divorce for any reason was very unusual. And if a divorce was granted, the father was nearly always granted custody of any children the marriage had produced. This was something that women’s rights activists fought to change.

Lucretia Mott was a pacifist, which means that she believed in peace without the use of violence. One of the issues that she was passionate about was ending war and violence. In the year of 1866, the Universal Peace Union was formed and Lucretia Mott had a strong part to play within this organization.

Lucretia Mott and her husband’s work influenced her children’s lives. The surviving five grew up to follow in the path of their parents when it came to reform movements and anti-slavery sentiments. After a long and fruitful life, Lucretia Mott died of pneumonia in her Pennsylvania home in the year of 1880. She left this world with a reputation that stretched far and wide as being the greatest American woman who lived in the nineteenth century. Lucretia Mott was truly a remarkable woman who faced many battles with the society in which she lived. We can all certainly learn a lot from the works of this remarkable woman.

Comments Off on All About Lucretia Mott