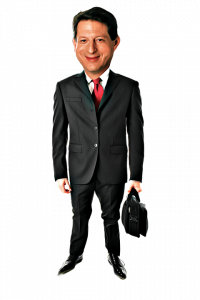 For a long time now, Al Gore’s name has been synonymous with that of environmental activism, albeit usually in a comical context (for good reason). The former Vice President of the United States probably became more famous after he left that job for greener pastures. Just kidding. Those pastures are now devoid of life and desertification has expanded exponentially. Al Gore would like nothing more than to prevent our world’s journey towards a barren wasteland.

His contributions to environmental activism were always abundantly obvious because he’s fought so hard to make global climate change a hot topic of discussion for the media, politicians, and society at large on a world stage. In 2007, Gore and Richard Branson teamed up to create the Virgin Earth Challenge. Any individual or organization can participate in the competition which provides a $25 million prize for anyone who can figure out how to remove greenhouse gases from the atmosphere (and yes, that stuff really does up the planet). To date, no one has claimed the prize.

Perhaps more shocking is Gore’s insinuation that it may be time to resort to more drastic measures in order to help prevent more carbon from being poured into the atmosphere. He has suggested the possibility of “civil disobedience” in order to prevent companies from engaging in activity that could harm the environment. Sure, he’s not exactly suggesting outright anarchy, but he is strongly implying that we should be willing to break the law to help protect our planet from eventual destruction, something surprising to hear from a former VP–even if it is common for acting presidents, these days.

Veganism is probably one of the most controversial decisions you can make for yourself in 2017. If you come out as gay, then you’re more likely to be accepted by society than you are for making dietary choices for moral and ethical reasons. Whether or not that’s a welcome change is for you to decide. Gore decided to become a vegan in 2013 because he knows that our cattle production is a big part of the environmental crisis. Cattle require a lot of lands to raise, and they leave that land devoid of plant life. Desertification is a result of this process.

Gore recently lobbied for the Prime Minister of Bangladesh Sheikh Hasina to end construction of a coal power plant that would endanger a nearby forest. He has also in the past been involved with a Climate Reality Project for an expedition to the Antarctic, a Repower America initiative focusing on green, renewable energy, and hundreds of lectures on the subject of manmade climate change. For the foreseeable future, we can count on Al Gore to continue to use the spotlight for the advantage of environmental activists everywhere.

Comments Off on Al Gore’s Contribution To Environmental Activism