ACTIVISM BY THE DOZEN 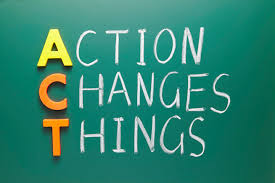 It has been made pretty clear over the last decade that activism is making a very prominent comeback in American society.

As it was a prominent means of expressing dissatisfaction with the political landscape in the 1960s and 1970s, I guess we could say that what is retro is now becoming trendy.  Marches in various cities to protest or speak out in support of some group of victims or oppressed individuals has been a hallmark of American life (consider how the Revolutionary War started – by people who felt “oppressed” by the King), and now with our population perhaps even more splintered into varying factions of grievance, the activism has been more apparent and more specialized than ever before.

But the word activism or activist has come to mean only those who protest in the streets when actually there are many ways that we can be activists. Activism, as it is described denotatively, is about taking an opinion or stance and being active in expressing that opinion or rallying others to your side – virtually anything more than just voting in an election. Here are 12 types of activism that most of us do when we care passionately about a cause or issue.

With all these ways to be an activist, you can pick a cause and find the “right” way to take action (or multiple ways) so that your stance gets across in the most impactful way to as many people as possible who need to hear your message. Numbers bring change, so your name will create a bigger number.

Comments Off on ACTIVISM BY THE DOZEN